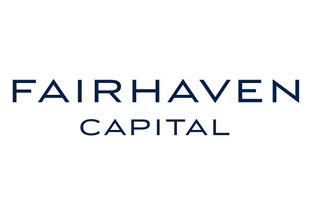 Editor’s note: Rudina Seseri is a partner at Fairhaven Capital and serves as an Entrepreneur-In-Residence at the Harvard Business School. Wan Li Zhu is a principal at Fairhaven Capital. He is an MIT-trained computer scientist and contributed to artificial intelligence projects at the Media Lab.

The robotics revolution has been in the making for decades, but market expectations have historically outpaced technology readiness. While industrial and military sectors have adopted a number of high-priced robotics solutions, the consumer sector has lagged due to lack of technological maturity and high costs.

In recent years, we have seen accelerated levels of innovation in both software and hardware that are now driving new possibilities for consumer readiness and adoption of personal robotics.

Proliferation of devices, compute, and bandwidth. Instead of requiring expensive custom onboard computing, robots are now able to leverage commodity hardware, smartphones and cloud computing for processing and storage. This has implications on both cost and availability of data for machine perception and learning. Under this new paradigm, a robot is often a set of commoditized sensors (and actuators) that leverage the cloud for intelligence. Nest is an example of this.

Progress in natural language processing, speech, vision and machine learning. New hardware and algorithms, tuned by corpora of training data, have made machines more perceptive and improved interface with humans. This is a self-reinforcing loop: As machines can better understand the real world, they learn at a faster rate. These new interfaces open the market for consumer applications where users can interact with machines in near-natural language and gestures. Siri, Kinect, and Wolfram Alpha are examples of this.

API-fication of online services. The ability for machines to tap into multiple online data sources and services allows them to quickly stitch together value, reducing time and cost to go to market. Location-based data, financial and weather, and increasingly healthcare data are all examples.

In the past few years, there have been major investments by large players that have helped to validate and reinvigorate the robotics market. IBM’s Watson platform, and Google’s driverless car and string of recent acquisitions in AI/machine learning come to mind. As most breakthrough technology innovations require large entities to lay down the costly foundations, we are now seeing that happen in AI. For example, Watson has reduced the barrier to creating innovative AI applications that process large amounts of unstructured data to arrive at accurate answers.

What do the next five to 10 years of consumer robotics look like? Will cars drive themselves? Will household robots assist with our daily chores? And will robots ultimately interact and transact on our behalf and even with other robots? We predict the following developments will take shape.

The humanoid robot popularized by media will not be the dominant form of consumer robotics. Artificially intelligent devices will take on a multitude of forms where the form factor will more closely match its functions and use case. Many more will be in the form of embedded intelligence within everyday systems we are already familiar with. One thing we can predict: goodbye flat, rectangular devices; hello, form factor diversity.

Robotics will initially augment and eventually replace high-cost human labor. The market acceptance of this progress will be driven by reliability and safety and there will be interim solutions. For example, driverless cars are preceded by cars with heads-up displays and automated sensory-enabled breaks already in the market.

As devices learn and begin to anticipate consumer needs, they make more recommendations and even make transactions on the consumer’s behalf. In the Internet of Things world, device providers will be more willing to lower prices of the hardware and appliances if they get a cut of revenue from services that are delivered on those platforms. Consumers will be able to download “apps” (either paid or free), which then connect to the cloud to deliver functionality via a subscription model, for example.

A New Platform and Ecosystem

Finally, the computer industry structure will loosely map to the robotics landscape. There will likely be a dominant open OS platform adopted and supported by large vendors (like Linux/Android) and a few manufacturer specific closed OS’s (like Windows), a number of “app” stores (like iTunes), and a wide variety of apps and API-based services offered by small and large companies. A new wave of education providers, engineers and service professionals, security providers, financial/insurance products, and legal frameworks will also emerge.

FRAMINGHAM, Mass. – June 16, 2014 – Prelert, the anomaly detection company, today announced that Tommi Jaakkola, Ph.D., a professor at the Massachusetts Institute of Technology’s (MIT) Computer Science and Artificial Intelligence Laboratory and leader in the field of machine learning and artificial intelligence has joined the company’s advisory board.

“We are honored and excited to have Tommi join the Prelert advisory board,” said Stephen Dodson, Ph.D., Prelert’s CTO. “As a leading authority on machine learning, Tommi’s deep experience and expertise can help direct our R&D efforts, ensuring that our automated behavioral analytics provide customers with the most advanced and easy-to-use solution for their data analytics problems.”

The author of more than 100 academic papers, Jaakkola’s research interests include machine learning, statistical inference and estimation and analysis and development of algorithms for various modern large scale estimation problems, such as those involving predominantly incomplete data sources. His applied research focuses on problems in natural language processing as well as genomics.

“Companies are increasingly receptive to the idea that in order to be successful they need to garner value from the data they’re collecting – and understand that automated tools are necessary to analyze it,” added Jaakkola. “It is an exciting time for Prelert. The company’s technology is perfectly positioned to help companies analyze and understand that data.”

Following a postdoctoral position in computational molecular biology, Jaakkola joined the MIT Electrical Engineering and Computer Science (EEC) faculty in 1998. He received his Ph.D. from MIT in computational neuroscience in 1997 and his M.Sc. in theoretical physics from Helsinki University of Technology in 1992.

Prelert is the anomaly detection company. Its automated behavioral analytics make it easy for users and developers to uncover real-time insights into the operational opportunities and risks hidden in massive data sets. By using unsupervised machine learning technology, Prelert enables non-data scientists to go beyond the limits of search to quickly derive value from their organization’s data. To learn more, please visit www.prelert.com or follow @Prelert.

Launch partners include: Forbes, Mashable and The Wall Street Journal

With its new LinkedIn feature, SocialFlow has extended its distribution and social marketing optimization management capabilities to allow publishers and brands to increase their effectiveness in reaching business-oriented audiences via earned, owned and paid social media. SocialFlow’s LinkedIn capability comes as more media properties and brands are leveraging social platforms to connect with key audiences and other stakeholders.

SocialFlow rolled out its LinkedIn capabilities in May 2014 with a select group of launch partners, including: Forbes, Mashable, The Financial Times, The Wall Street Journal and brands such as IBM, Grupo Éxito and United Airlines.

“SocialFlow has made social publishing and reporting a much more streamlined process for Forbes,” said Chris Patota, manager, audience development, at Forbes. “The addition of the LinkedIn functionality has allowed us to streamline even further.”

“We see LinkedIn as a great platform for our clients to connect with audiences in a professional context. An increasing number of our clients – from established business news outlets to brands who are involved in high-quality content marketing – are interested in improving how they connect with audiences in a business environment,” said Jim Anderson, CEO of SocialFlow. “Your audience becomes more valuable if you understand what they do in a professional context. SocialFlow allows you to not only understand that, but to reach them when they’re available, when they’re ready to interact with your content. We do it in a smarter, data-driven way that is efficient and accurate.”

Thus far during this pilot, the launch partners have seen a 10% increase in referral traffic back to their websites.

The LinkedIn capabilities provides users access to a host of features to manage their presence on the network, including:

Optimized Publishing: Users can create a queue of possible content and SocialFlow algorithms will optimize the delivery of that content so the most relevant posts reach audiences when they are most receptive.

LinkedIn Reporting: Users can easily track metrics for content posted to their company’s page such as: geo-tracking clicks, number of clicks, number of likes, and number of comments. This information is available in Full Messages Report, Reporting Dashboard, Single Message Reports, and Downloadable Reports.

LinkedIn Listening: Users can view and moderate comments on their LinkedIn page, with the ability to also see posts, and comments on posts, from any company page on LinkedIn.

SocialFlow is the premier social marketing optimization technology company that enables the world’s most powerful brands to drive superior results with their earned, owned and paid media strategies. Powered by high-performance, proprietary technology and predictive data analytics, the company offers a full suite of services that expand audience engagement and seamlessly integrates businesses goals with a company’s social media strategy. Founded in 2009, New York based SocialFlow works with numerous well-respected brands and publishers such as Burberry, Forbes, Pepsi, Walmart and Stuart Weitzman. To learn more about SocialFlow, please visit us at www.socialflow.com. The company has recently been cited by Forrester Research and Gartner for being an exceptional social marketing solution.